What to Watch for During the Presidential Transition 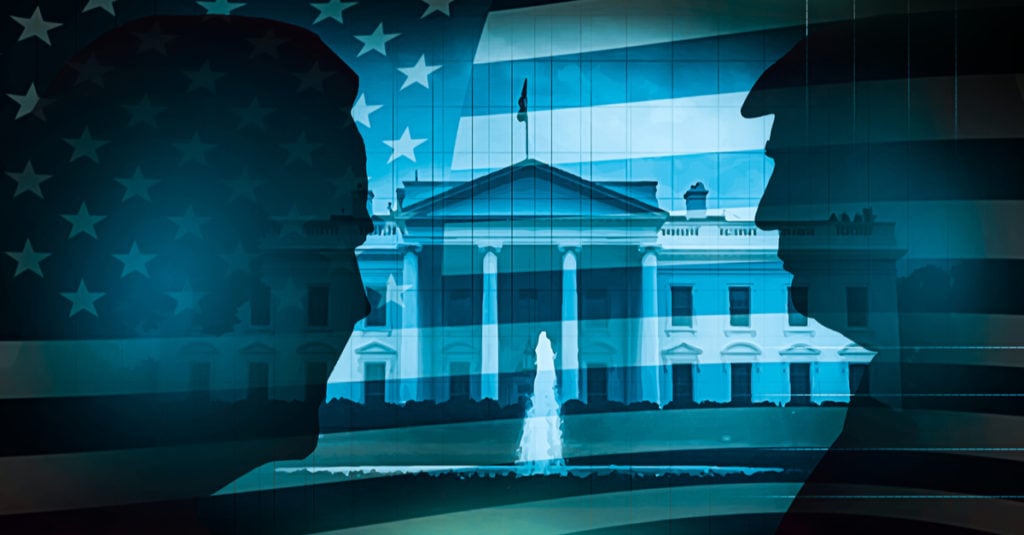 After a long and often bitter campaign, it appears more and more likely that Joe Biden will be sworn in as the 46th President of the United States on January 20. Democrats will also retain control of the House of Representatives, albeit with a smaller majority. Control of the U.S. Senate remains unclear, however, and will be decided by two Georgia runoff races on January 5.

Meanwhile, COVID-19 cases are surging all across the country and some states are reimposing new lockdowns and restrictions. Many people are wondering what all of this remaining uncertainty means for their personal financial situation and investments.

COVID-19: Is the Glass Half Empty or Half Full?

There are two ways to look at the current COVID-19 situation. Viewed from the glass-is-half-empty perspective, the number of coronavirus cases, hospitalizations and deaths are all rising drastically as colder weather sets in and people spend more time gathered together indoors. This has some experts predicting a worst-case scenario of hundreds of thousands more deaths before the end of the year, as well as more widespread lockdowns that would further damage the economy.

Viewed from the glass-is-half-full perspective, however, it appears that a coronavirus vaccine could be available much sooner than many experts predicted just weeks ago. Vaccinations could be available to select at-risk groups before the end of this year and widely available to the entire U.S. population by the spring. This could be a huge game-changer that could bring the pandemic and all of its economic uncertainty to an end sooner than many thought possible.

If the glass-half-full perspective wins out, we could see a post-virus economic boom as early as the first quarter of next year. There is certainly a lot of pent-up demand in the economy that’s like a coiled spring ready to unwind. This could bode well for the economy and markets in 2021 and beyond.

From an investing standpoint, historically, a Democratic Presidency and a split Congress has produced the best returns. A divided government usually entails a high degree of government gridlock and that would most likely prevent any large-scale policy changes affecting taxes, healthcare or regulations over the next two years. Historically, the reduced likelihood of changes has meant reduced policy uncertainty and that has been associated with the highest stock market returns. Overall, here’s how the stock market has performed under different combinations of political party control:

What About Economic Stimulus and Deficit Spending?

Another big unknown is what kind of COVID-19 economic stimulus will be passed by Congress and signed by the President. This is especially important with the expanded federal unemployment benefits set to expire at the end of this year. If the Democrats take the Senate we will likely see a larger stimulus package, while if the Republicans hold onto the Senate we will likely see a smaller (or “skinny) package.

It’s generally assumed that deficit spending increases when Democrats control Congress and decreases when Republicans control Congress. However, the past 40 years have shown just the opposite: Deficits have tended to decrease under Democrat-controlled Congresses and increase under Republican-controlled Congresses. Further, if divided government results in inadequate stimulus, that could have a negative impact on economic growth and the markets.

Regulation is another factor to consider in light of an assumed President Biden. President Trump cut federal regulations drastically over the past four years, and the doctrinaire view is that decreased regulations lead to increased profits. Biden will likely roll back some of these changes, but whether these changes will prove to be a drag on profits remains to be seen.

There is one regulatory change that I believe would be an unquestionable positive for investors, and that is a regulation clearly defining what is an investment “fiduciary.” Regulations issued by the U.S. Department of Labor earlier this year only muddied the fiduciary waters even further. If the new administration can renew the push for a new fiduciary standard, this would go a long way toward ensuring vital protections for investors.

While the market appears to be on the upswing, there is still a good bit of uncertainty surrounding both the plans of the incoming administration, the pandemic’s economic impact and any countervailing stimulus Congress might pass. As always, as we transition to what is hopefully a brighter 2021, it is critical to stay the course and remain focused on your long-term investing strategy and goals.